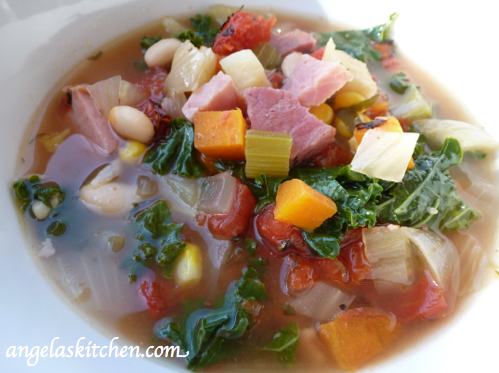 We have a ham bone left after Easter dinner, so I thought we would have a bean soup for the crock.  This was so delicious and comforting- hearty enough to be a main dish and warm enough for a chilly Spring evening.