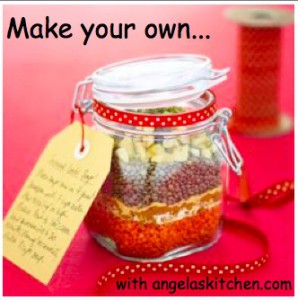 I know I just had a make your own spice mix yesterday, but I am fitting this in extra due to a request.  Yay!  I use Five Spice Seasoning in Slow Cooker Five Spice Pork Roast, Five Spice Beef Ribs, and sometimes I use it in pumpkin bread instead of the usual pumpkin pie spice mix.

A five spice seasoning blend can normally be found in the Asian sections of grocery stores or in Asian markets, however, sometimes it is hard to track down if the blend was cross contaminated with gluten.   Five spice is considered a classic flavoring in many Chinese dishes.  Everyone seems to have their own blend containing different amounts of 5 to 8 different spices.  The most common are star anise, fennel, peppercorns, cinnamon (actually usually Chinese cinnamon or cassia bark), clove, ginger, nutmeg, or even a bit of dried mandarin peel.

Below is the blend I use when I make my own.  Sometimes I toss in a bit of dried orange zest or 1/4 teaspoon ground nutmeg into the mix if I feel like it also.