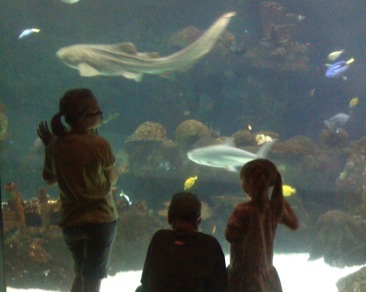 My contribution to Slow Cooking Thursday is Pear Butter.  I got a full bag of lovely little 2-3” pears for FREE and pear butter seemed like just the thing to make with them.  Woo!  This isn’t a super ‘scientific’ recipe, but basically what I do.  I have to adjust the seasonings every year depending on the sweetness and flavor of the pears.  If you don’t can, you can freeze the pear butter in pint sized containers.

On another note, I have heard from a few people lately that they have NOT been able to leave comments.  I am bummed because I do like comments!  ;o)  So, long story short, I am trying to figure out why that comment problem is, but not being tech savvy, I am stumped.  Try and see if you can leave a comment, but as it is still iffy, I will get my personal computer tech guy (my husband) to figure it out for me later…  Sorry about that, everyone!

Head over to Sandra’s for Slow Cooking Thursday and see what is in everyone else’s crock pot.

How I make pear butter using a 6 quart slow cooker.

4 cups sugar or dehydrated cane juice (or less, depending on the sweetness of your pears)

Wash pears.  Cut into quarters, removing yucky parts and cores.  Put into a large stock pot with about an inch in the bottom of the pot.  Cook pears until very soft.   Sieve the cooked pears, removing the peels.  I use a Foley food mill, which is a hand cranked strainer that looks like a sauce pan with a mesh bottom.

When you have about 8 quarts of pear sauce, put orange juice, zest, sugar, and spices (put in vanilla bean and seeds into crock – remove bean when pear butter is done before canning) into a 6-quart slow cooker.  Add fill crock with pear sauce to less than 1” below rim.  Put crock on low.  Place lid on sideways so that steam escapes.  The lid will help act as a splatter guard.  Leave to cook for 6-12 hours.  You can stir it if you want to, but it is not needed.  After the crock has been on a few hours, when the pear sauce has cooked down partially, add more of the sauce and stir.   Do this until all 8 quarts have been added.  How long depends on your crock pot and how thick you like your pear butter.   I let it go until I have about 4 quarts of pear butter.  Taste the pear butter when near the end and adjust seasonings and add more sweetener if needed.  Do not add more sweetener in the beginning as the seasonings and sweetener gets more intense as the pear butter cooks down.