Home » Uncategorized » The chickens are a week old… and have names!

The chickens are a week old… and have names!

I do love me some free range Strauss, but for now our little chicks are still in their brooder.  They can’t head outside until they are all feathered out.  We will be taking them outside a bit on warm days to get them used to the great outdoors.  This week my chicks turned a week old, so I combined their first romp in the grass with a photo shoot.  And, yes, all of our chicks now have names.  We weren’t able to resist…

And for all who have asked, our dogs have been very good around the chicken babies, but any interaction has been very supervised and short so as not to stress the chicks.  We are trying to acclimate them to each other.  So far our lab has been pretty indifferent, taking a little sniff, then walking on.  Our smaller dog (a poodle-bichon mix) has wanted to sniff more, but will lay down and fall asleep while the kids are holding them near him.  So far so good.  It will be interesting (and nerve-wracking!) to see what will happen when the chickens are bigger and fluttering around in the yard. 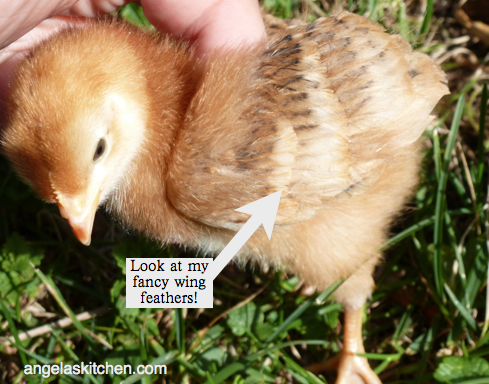 At a week old we are seeing feathers replace some of the fluff.  The first feathers came in on their wing tips and have continued to come in over the wing.  With fluff on the top of the wing and feathers on the bottom, the chicks look like they are sporting some serious 1980’s shoulder pads!  Each of the breeds are feathering out at a different rate with the Rhode Island Red with the most feathers and showing them first to the Barred Rock and Buff Orpington having the least at this point.  Just in the past day or so some of the chicks started growing in tiny tips of their tail feathers.  Woo-hoo! 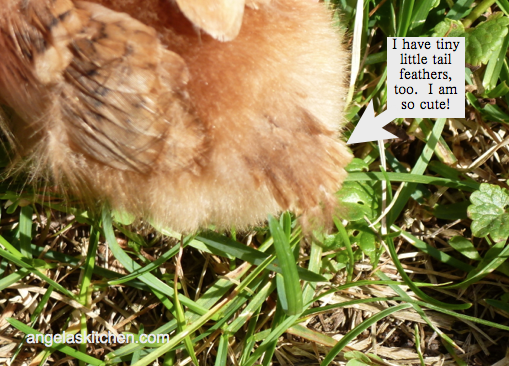 The chicks are easily twice as big as when we brought them home a week ago.  We have moved them to a kiddie pool with cardboard ring around it so they can flutter off.  They still have a heat lamp (we lowered the heat lamp temp to 85 degrees F this week).  I know what you really want to see is their pics and learn their names, so without further ado, the chicks: 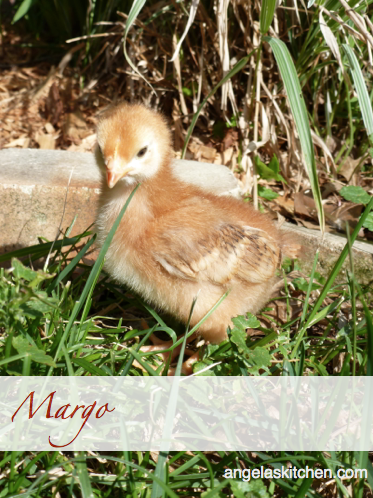 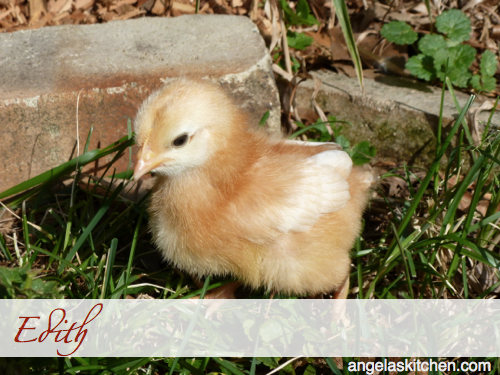 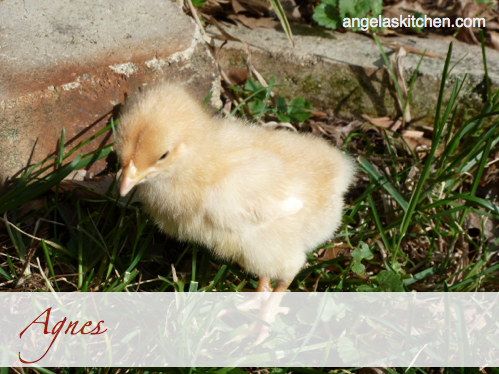 Agnes didn’t want to look up.  She wanted to peck at a bug.  You go, girl! 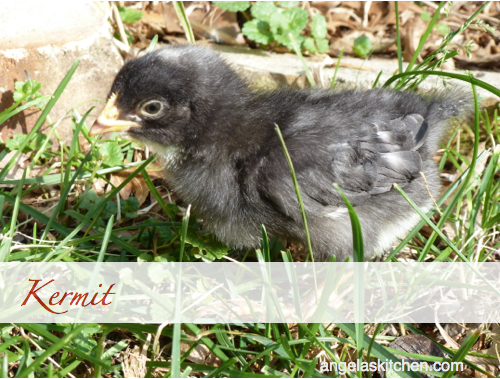 Kermit is very funny.  She has hopped up on top of the glass mason jar feeders and waterers to survey the land a couple of times now.  Maybe she is taking after her name and thinks she is part frog? 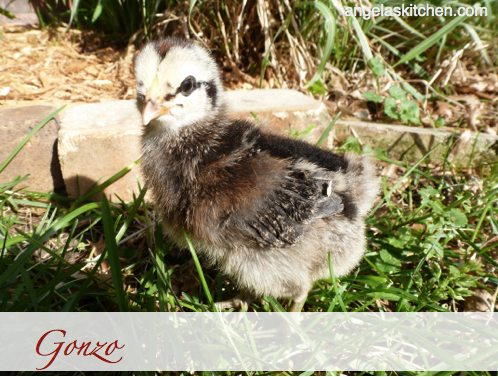 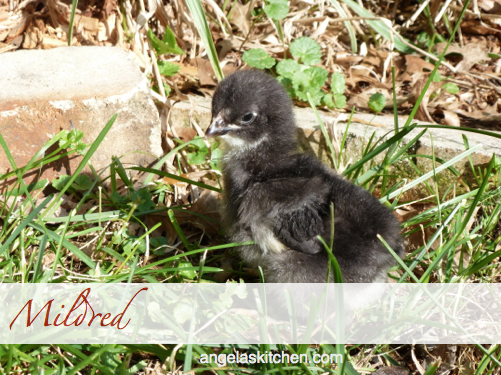 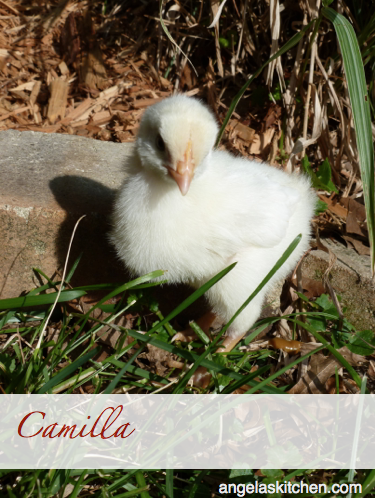 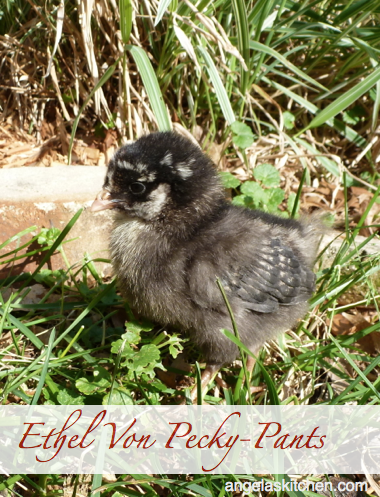 3 comments on “The chickens are a week old… and have names!”